Massaria disease, which is thought to be caused by a fungus called Splanchnonema platani, was first noticed in London plane trees in the UK in 2009. The disease causes large lesions on the upper surfaces of major branches in plane trees and branch drop.

London plane trees are common in towns and cities, planted as shade and amenity trees, so presence of the disease can be a significant public safety issue for their owners, many of which are local authorities. Dead wood has to be removed before it becomes an unacceptable hazard.

The fungus had long been considered to be a weak parasite, and only capable of causing minor damage but with climate change it has been found to be associated with branch decay and failure. Spores are easily spread over long distances by the wind and the

The disease first appears as a pinkish strip on the upper surface of the branch, and develops into a lesion extending from a union with the parent branch or stem. These lesions can extend many metres, but because they affect the upper part of the branch, infection can be difficult to see from the ground. Branch decline in the summer months can be an indication of infection.
Affected branches suffer death of the bark and cambium (the layer of tissue just under the bark), which can affect up to 30% of the branch circumference. When the fungus produces spores, areas towards the edges of the lesions turn black. Lesions are associated with wood decay, characterised by soft rot, often resulting in the death and / or the fracture of the branch. Branch failure may occur within three months of the symptoms first becoming noticeable, but may take up to a year or more.

Plane tree owners should be aware of the increased safety hazard associated with Massaria disease and should regularly monitor trees’ safety. When branch failure is detected, dead wood should be removed immediately to avoid the hazard of falling branches.

Call Elmbridge Tree Services now on 01372 466020 for expert advice on how to manage trees showing symptoms of massaria disease. 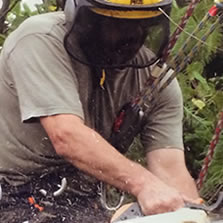 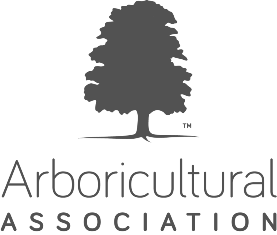